The world has been reeling through disasters of different magnitudes witnessed like never before. Humanitarian disaster is cropping up at every corner which is demanding attention of unprecedented nature. While reaching out to victims is fair and acceptable, securing and defending health systems during and post disaster remains non-negotiable. Real post disaster effort begins when the health systems are secured and able to provide medical attention to all those in need. If health systems are compromised and fail during a crisis, people die and those on chronic diseases, palliative care, in intensive care units, on dialysis get severely affected and their conditions deteriorate because of one or the other failure in the health system. 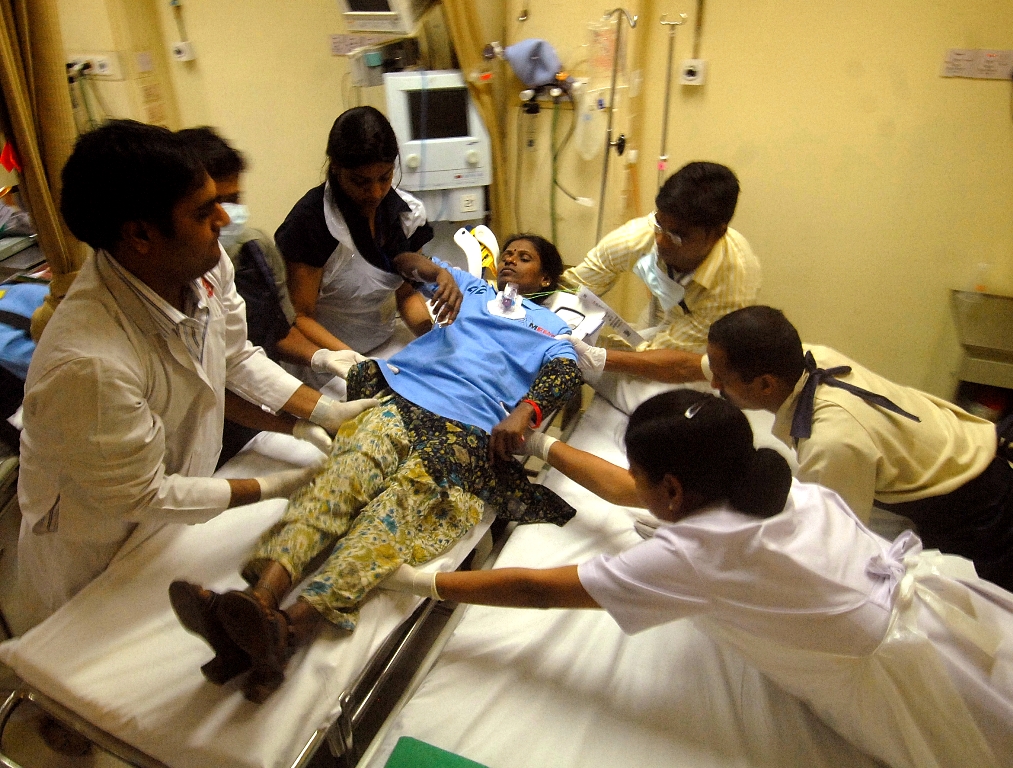 Securing health in disasters is a necessity and not a possibility which all stakeholders and public health advocates must understand. The World Health day theme of 2009 resonated the tone of make hospitals safe in emergencies. But its effect is yet to be translated to hospitals even though we are approaching the beginning of 2017. Many hospitals in low and middle income countries do not have any plan during an emergency. Their triage units are non-existent and the doctors and nurses and other allied health staff have limited knowledge with regard to disaster response, relief and rehabilitation. In a classical proceeding report brought out by Center for Health and Development [CHD-India] and IIHMR-New Delhi in partnership with Yenepoya University and AADRR, New Delhi on “Building India’s Disaster Health Infrastructure” it was observed that physicians in training are taught to inspect, palpate, percuss and auscultate, but are not exposed to be disaster prepared, disaster resilient and disaster trained. Having disaster medicine as an exam subject for MBBS students was also mooted.

When the Hyogo Framework for Action in 2005 was recognized by 168 countries, the importance of securing health systems functionally and otherwise was stressed upon and discussed. Yet there are alarming number of health facilities all around India and Asia and other regions which remain vulnerable to disasters putting in-patients and communities at great risks.

Policy makers and local governments must understand that health systems are the epicentre for critical health services in the local areas which caters to blood banks, pharmacies, public health laboratories and patient folders which contain historical records. The need to secure and safeguard health systems is far more necessary than merely having an action plan or an intelligent response system. The Sendai Framework, Kathmandu Declaration and Sustainable Development Goals attempt to make the push forward, but we need to go beyond framework outcomes and start pushing for grass-root change.

The 2004 Indian Ocean Tsunami caused about 61% of the damage to health systems in Northern Aceh province and more than 7% of health workers died which lead to a paralysis of the primary care settings, maternal health centres and neonatal centres. Similarly, the Chennai floods of 2015 in Tamil Nadu sent hospital in-patients for a toss where there was no electricity for days on ends and it complicated treatment and proper care.

As part of a sustainable development attempt that is globally being undertaken, ensuring lives are saved and secured during crisis remains paramount. Local governments will ought to take the lead. Humanitarian dangers are always around the corner, let us defend our health space before we lose the fort!