Japan leads the world when it comes to population ageing. This is a very discouraging sign from the eyes of a demographer and a global health specialist. More than 23% of Japan’s population is already over the age of 65, and much of the remaining are arriving towards the magical 60s. Going by the latest estimates the Japanese population stands at 127.1 million and according to the United Nations by 2100, Japan’s population is forecasted to fall below 84 million. While Japan faces its biggest challenges in terms of an ageing population and low fertility rates, other Asian countries will soon need to deal with problems of falling birth rates and increased longevity.

With the problems of divorces, broken families, wars and the institution of marriage crumbling in many parts of the world, ageing is an issue which will confront many countries head on without having immediate and easy solutions to the problem. Japan will have more of people like Prof David Goodall, who is 102-years-old and Australia’s oldest working scientist in no mood to retire. Prof David is an honorary research associate at Edith Cowan University located in the region of Western Australia and continues to work. Japan has many such David Goodall to say the least. Encouraging work space for the elderly with protected social policy will be a task which Japan continues to address but this is something which other countries around the world also should adopt. 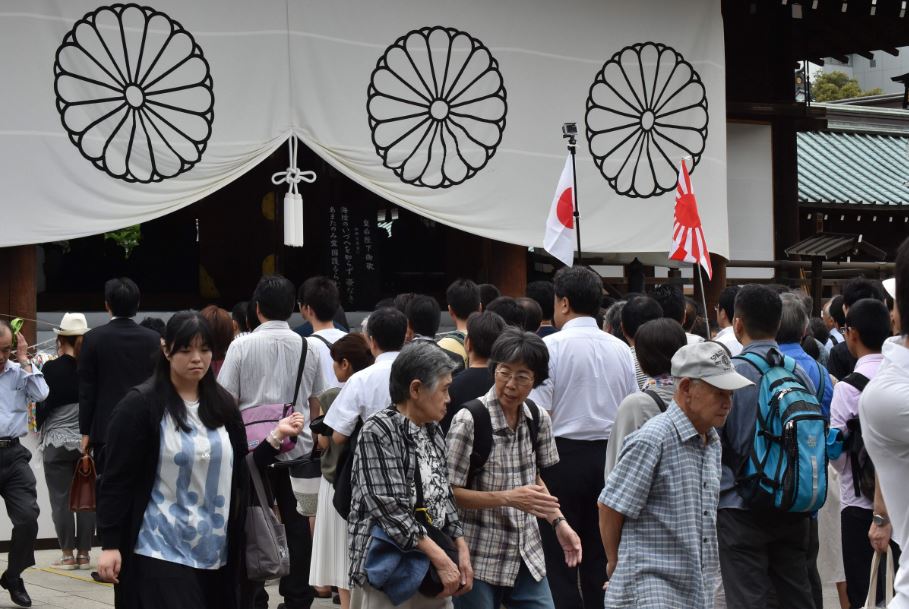 The cost of healthcare and the cost for nursing senior citizens is going to cost Japan almost $ 1 trillion by the year 2025, almost 12 % of the GDP. Japan’s position as the 3rd largest economy in the world is destined to fall as the workforce is going to reduce by 15 % in the next 20 years and reduce to half in the next 50 years. Even if the birth rate rose from 1.4 children to 1.8 and Japan’s foreign policy welcomed migrants, it would still not be able to achieve the target of population stability to around 100 million.

Rodney Johnson (2015) says that Japan’s town of Nagoro has a village where the dead outnumber the living. All these problems mean that Japan will have to revise its migration policies, bring reforms in its structural approach in what are its developmental priorities and will have to push for English language to welcome multi-cultural growth once again. The problem of Japan’s more traditional approach has made it the country it has become today. The only way a change is possible for Japan and a dooms-day stalled is by Japan revisiting its immigration policies and adopting English as a medium for teaching in all cadres of education. The language of English for unification remains globally needed as nations converge on all grounds and all countries need to push for this as a policy priority.

Building senior citizens homes, tackling rising suicide rates, coming up with theme parks for the old and ensuring social security will alone not bring a sustainable solution. The road ahead is tough and challenging, but tough decisions will ought to be made to secure the future for generations to come after us.