We are living in a rapidly deteriorating social system bereft of all values. The crime rates are increasing. We are witnessing rapes, murders and rising terrorism like never before. Much of these ills is a result of a fast paced life which is losing values. As this continues to increase, health goes in decline. The pressure put on the police not only mutes their conscience sometimes, but also affects their psyche. This often leads to immense stress and creates mental trauma which leaves permanent impression on many of them, leaving them scarred for life. Constitutional authority is entrusted to them to protect civilians at the cost of their own life, but is it not social responsibility of the Government to ensure their health status is maintained and they are given adequate rest?

Police accountability is of utmost importance in a social system where rules of law reigns supreme. What today’s political system should understand is that the constitution is not a structure to enable politicians to play their unending game of power. It is meant to hold the country in unison when the fractious voices of today are lost in the silence of centuries. 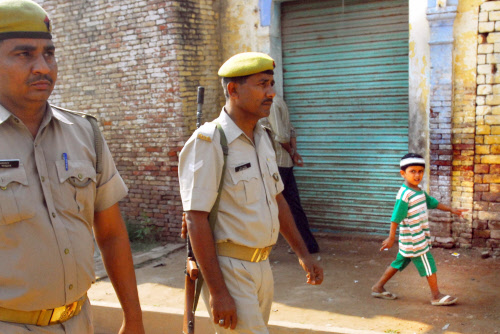 The country is watching the story of DySP of Mangaluru who committed suicide and blamed some politicians for the mess. How far the story is true and who should be held responsible for the death only time can tell. Whether the officer who committed suicide was depressed with the system and demoralized only remains to be known. But no one can deny the fact that political interference is huge when it comes to transfer. This should reduce and it’s about time, young police officers must revolt in unison to instil a sense of fairness and belief. The bureau of police research and development in one of their survey found that 90% of police officers work for more than 8 hours a day and 73% do not get a weekly off even once a month. It is rare that police officers get time to socialize with their friends. Their anguish is intense and their work load due to gross understaffing, demandingly high.

The condition in which most policemen work is decades behind rest of the world. Our constable ranks are not even equipped with guns. Head constables and above ranks carry guns without adequate bullets in it. Many a times, we come across cases where public condemns police officers for not delivering, or not coming in time which is sufficient frustration in itself. Have we for once considered what can we do for them, whether their mental framework and physical capacities is enough to meet the burden of India’s populace?

Long time ago, somewhere in the middle of last year, I had written to the Director General of Police, Karnataka to provide all policemen including traffic with adequate water and sanitation measures and to provide them with face masks. While the DGP was kind enough to spread the word to all stations and control rooms, little change has happened since then. I would like to look at healing this sector with a two-way approach. Involvement of citizens to understand their needs and working with them, rather than against them and greater pro-activeness from Class I officers towards safeguarding the health of all.

Another social factor for ill health remains the low pay scale. Health and economic security remains integral for personal development and growth. It is important that enlightened Government ministers and political ranks realize this. One cannot expect policemen to go on strike to demand a pay hike, that would be a failed moment for democracy and it would be shameful for all of us as children of this nation that we have failed the forces meant to protect us.

I believe it is necessary that we take immediate steps to raise the income 2 folds for all rank of policemen, we fill in all vacancies so that employment opportunities are also created. It is simply the responsibility of the Government to achieve this view in end, other-wise all the incompetent politicians should be shown the door.

I also believe that if the government shows no signs of changing the Court should intervene to direct the Department to define mandatory working hours and anyone forced to work more than that, should have a toll-free helpline number to bail him/her out. All police stations should be re-shaped and the crumbling infrastructure re-designed with more greenery and internal beauty which adds life into everyone and should look like places worth visiting where problems can be resolve.

It is equally important to enforce fitness into the police force which is like a quasi-military force moving between civilians. Every 6 months they should be subjected to basic health assessment physical and mental. We should work towards achieving Gross Happiness within the police force as India is moving to take its rightful place in the community of nations of the world.