The Catholic Church in need of Vatican III

Pope Francis has captivated the global community like never before. His rise not only energized Christians but it also caught the attention of non- Christians. The journey hasn’t been easy with the fast changing demands the digital age calls for. The world is going through immense crisis which global leaders are unable to comprehend or understand. The European migrant crisis sits on top of international discussions, global security and Interpol are working day and night to trace the routes of ISIS and to bring an end to the face of this form of terrorism. The church plays an important role to influence the way the world has been shaping. It is beyond doubt that Pope Francis renewed hope for billions of Christians the world over and injected a new fire to re-energize the Christian veins. His rise has been destined and beyond anything one could bargain for. Pope Francis assumed office at a juncture where the Church faces challenges which requires a new kind of out-look. It is an era which the Church needs to reinvent not through resistance and formality but explore diversity through openness. Austin Ivereigh in his book “The Great Reformer” which is a biography of Pope Francis, recalls him saying, “The thinking of the Church must recover genius and better understand how human beings understand themselves today, in order to develop and deepen the church’s teaching.”

This calls for a Vatican III which should be very different from Vatican II. This needs to be even more radical in approach than one can ever expect. I was not around when Vatican II happened, but with an electrifying Francis Pontificate, it is the Holy See’s best bet to re-think Christianity around the world.

Pope Francis in his recent trip to America mentioned that the church he believes in is the one in which he would like to dialogue with thousands of men and women who work hard every day to earn honest living, to bring home their daily bread and to move forward, one step at a time. He went on to say that these are the very people who not only are concerned with pay their bills and taxes, but also those who sustain the very way of life in society.

Today the Church will need to guide its holy people to represent human solidarity before human profit, it will need to create a conscience of special creativity which can define innovation, discovery and diplomacy in a new originality. Many priests and nuns continue to remain prisoner to obsolete ideas. While the world stays e-connected, there are orders which do not permit the usage of gadgets to priest and nuns in their formative years. It is important to learn charity, understand education and empower communities, but what is equally important is to cultivate leaders for tomorrow and cultivate them from the very roots. The challenges of tomorrow cannot be addressed with 20th century thinking and 19th century way of leadership.

Vatican has groomed its sons and daughters well. They have risen to paramount positions and obtained not merely the goodwill of their countrymen but have also commanded the respect of the world because of practicing peace and promoting love, something the world desperately falls short of. 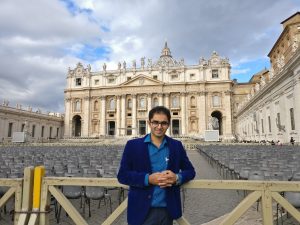 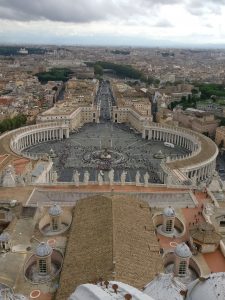 Vatican III requires a thinking that needs to evolve with a more rational interpretation. The world faces a new kind of emergency with politics and religion over-lapping at every possible point. The condition of Christians in Pakistan and their laws of blasphemy requires a different kind of diplomatic pressure. The situation of church attacks in India with false propaganda of conversion showcases urgency that needs to engage with the United Nations Human Rights Commission. European churches are witnessing a decreasing trend of believers and growing atheism has now become the order of the day.

The church should lead from the front to bring in religious leaders from other communities and lead a joint fight for securing the future of generations to come. Today’s time highlights the story of a human race gone astray. Headlines are grabbed by rapes, murders, bombs and inhuman forms of torture.

It is Vatican’s problem when Israel and Palestine dialogues fail. It is also Vatican’s Problem when Syria and Iraq cultivate ISIS and when Pakistan promotes terrorism in its very roots. It remains Vatican’s problem when child trafficking, violence against women and worldwide pandemic promotes a disorderly world. Because with hatred spread across deeply, with war crimes, Vatican’s billion plus people are affected, directly and indirectly. It affects not only Christians but also others around the world who see Vatican as a powerful and influential guiding light in many ways. Vatican III should engage differently. It needs to not only meet, with Bishops and ranks of Cardinals, but should also listen to its youth. It should engage youth in dialogue and listen to the women leaders of the Church, nuns included. This will not only give a feeling of belongingness and pride, but will help understand felt needs through a new outlook. 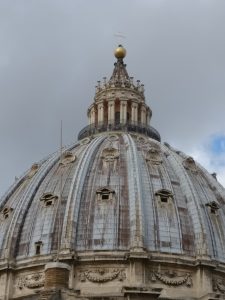 To bring about true improvement in distressed communities not just for Christians but also to extend a helping hand in brotherhood, requires involvement at a higher level. The Church will need to go one level up and engage with small professional communities, involve them in decision making, open the doors to nuns rather than promote married deacons. The idea of the Church in 2016 stands strong yet vulnerable; it stands tall yet needs correction. While I support Vatican’s stand to use force against ISIS, it still needs to connect with the masses and the classes. The sheer charisma of Pope Francis cannot trickle down to the locals. If the church and Vatican is serious about its commitment towards changing the way life has been evolving, it needs to begin now, it needs to write another story now. To address this, in a manner in which it should, Vatican III becomes increasingly relevant now than ever before in the history of time. Will the Church and its shepherds find meaning in it, only time can tell.